Max B Release From Prison? Is There Hope?

New music from Max B to be featured in a new film titled "Charly Rambo: The Max B Story."
Thanks to a deal involving the sale of Harlem rapper Max B’s catalog, the currently incarcerated emcee could see a release from prison in two years. While speaking with DZI: The Voice, filmmaker and Amalgam Digital CEO Anyextee shared the details of his upcoming documentary and album and also offered an update on the status of Max B.
According to Anyextee, new music from Max will be featured in a new film titled Charly Rambo: The Max B Story and other unreleased music from the rapper was sold in order to help his family raise money for a proper legal defense.
With help from a new legal defense, Anyextee says Max B could be out in two years.
“I just did a deal for the film I have coming out entitled Charly Rambo: The Max B Story, and you can expect to hear exclusive Max B tracks in the movie,” Anyextee said. “I will also say this, there are still quality unreleased Max B tracks and Pro Tools sessions. However, we recently sold Max B’s catalog as part of a play to help get him out. He and his family were excited about this as the company we sold it to has agreed to put up the required capital to fund a proper legal defense using the defense attorneys that we always wanted to use. It’s possible Charly could be out as soon as two years if the legal team is successful in their strategy. He already has time served under his belt.”
In addition to playing a vital role in the music career of Max B, those at Amalgam Digital have also worked closely with Joe Budden, Curren$y, Saigon, and other artists. As CEO of Amalgam, Anyextee spoke briefly on what it is he looks for in artists he’s willing to work with.
“It varies from artist to artist, and timing is always an important factor,” he said. “It’s all about what’s going on in that moment of time. I decided to work with each of those artists all for different reasons. One thing I do like to look for is a die-hard work ethic and ‘make it happen’ attitude, but you don’t always get that so it might be something else you like that you see in the artist. It could be charisma or their vision.”
In 2009, Max B was sentenced to 75 years in prison after being convicted of multiple counts of kidnapping, armed robbery, and felony murder following a 2006 robbery-murder case. In the time since his sentencing, Max did submit a request for an appeal, but was denied in 2012. At this time, the earliest Max B could see a release from prison is November 9, 2042. 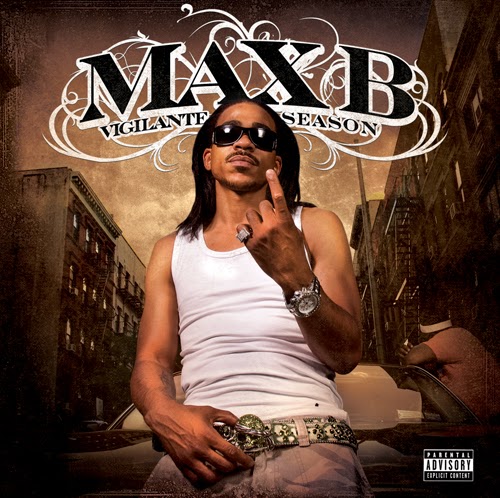