@TheRealMrServOn's Amazing Story About the Fall of No Limit Records 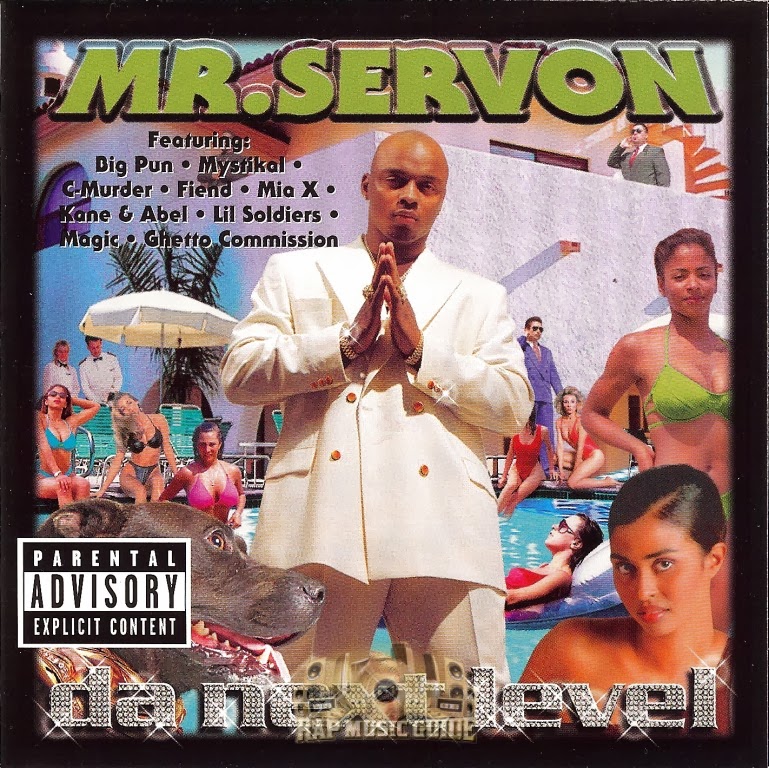 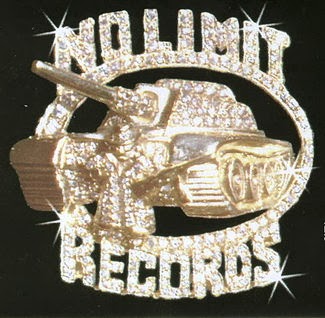 Mr. Serv-On claims Master P and No Limit Records gave artists the best contracts in Rap history. He reveals how a speaker-phone and an upset executive compromised an independent juggernaut.
In 1999, Mr. Serv-On's sophomore album, Da Next Level garned a #1 debut on the Rap/Hip Hop charts for reigning independent label No Limit Records. According to the New Orleans, Louisiana native who was with the label since the mid-1990s, that was the year No Limit sold 22 million units. Sadly, it was a year before the label suffered an artist exodus which was led by in-house production team Beats By The Pound. In an interview this week with the Underground Society online radio show, Mr. Serv-On explained the root of the artist departure—including his own—and how it greatly damaged No Limit's legacy.
"The thing that really messed it up was when Beats By The Pound and [Master P] got into the smallest thing," began Serv. "Man, and when I tell you why No Limit [Records] broke up—'cause he didn't get rid of people. He did a few interviews out there. That was just [because] his feelings were hurt, 'cause niggas walked off. He'd be like, 'I got rid of niggas.' In '99, when most of us walked off, we sold 22 million albums. You don't go and get rid of niggas that helped you sell 22 million."
According to Mr. Serv-On, Beats By The Pound—which included KLC, Craig B, Mo B. Dick and Odell—stirred the pot with a contract dispute. "This shows you how No Limit really broke up, and ended up levelin' off and fadin': Basically, P was doin' a huge business deal. Contracts came out; we didn't live by contracts, we lived by handshakes and word—blood in, blood out. Our contracts was better than any contracts, ever. I own my masters! We own everything. We got 50/50 [splits]. That's how real the nigga played us, and we owned our publishing. He was a real dude with it. What happened was, he had to get signed contracts to do this big business transaction with [No Limit Records' distributor at the time] Priority [Records]. When the contracts came, the producers were like, 'Man, I'ma get a lawyer.'" Lawyers had not previously been part of the agreements in the New Orleans-based street label.
Mr. Serv-On, who helped bring KLC and Craig B to the label before its mainstream success watched his friends bring in legal counsel. "We had people in our circle that weren't so-they-say 'street guys'—and they was with that bullshit. So one day [in a phone meeting], P was like, 'Man, they don't wanna sign [the contract], fuck 'em!' The [lawyer had Beats By The Pound] on speaker. And they heard it. P didn't really mean nothin' by it; he was just gettin' mad, like you would with your homie."
According to Serv, KLC felt particularly slighted, after producing hits such as "Bout It, Bout It," "Make 'Em Say Uhh!" and "Down 4 My Niggaz," all major hits on top-selling albums. Mr. Serv-On explained, "[KLC and Master P] was like [Dr.] Dre and Snoop [Dogg]. That kinda really fucked KL up, to hear that." Master P and KLC reportedly had several difficult verbal exchanges following the phone conversation. "P being stubborn, wouldn't apologize. KL was like, 'I'ma stand my ground.' So Beats By The Pound walked away. P waited so long to say, 'Man, Serv, go call Beats, let's work this out.' It was too late. They was gettin' deals." Beats By The Pound left the label, working under the name Medicine Men. In recent years, KLC has worked with the likes of Bun B, B.G., and former No Limit artists Curren$y and Mystikal.
Beats By The Pound's departure upset the roster at the label, which included Fiend, Mia X and Magic, in addition to Mr. Serv-On. "When they walked off, all the artists were like, 'P, we're not workin' with these other producers.' In turn, that got him mad and whatever." Having reportedly brought Beats By The Pound to No Limit, Serv admitted his difficult stake in the situation. "I got caught in the middle, 'cause I brought the two main producers—with the most hits—to No Limit. It was like, 'Man, get them back.'" Serv claims that he went from a pupil of Master P in the label and A&R'ing to grunt-work. "It went to, 'Aight Serv, what's going on? I'll holla at you on this, this and that.' I was working on my third album, which the world never got to hear—which was just crazy. I went to turn it in, and it was kinda funny." He deduced, "This shit ain't family no more...for me, that's what I came up with." In late 1999, following Da Next Level, Mr. Serv-On left No Limit. A year later, he released War Is Me, Pt. 1: Battle Decisions on the small independent label, Lifetime Entertainment. Interestingly enough, the album featured extensive production by Beats By The Pound's Craig B. Serv admits that while behind the scenes, his former label boss helped his career even after No Limit. "He helped me in the background—still got me deals and got me situations overseas with clothing stuff."
Still, it all comes back to that one phone conversation. "Everybody walked away...that big-ass conglomerate broke down because of two people that were just too stubborn to sit down and talk, over somethin' that wasn't even supposed to be heard: a 'fuck 'em.'"
Master P and son Romeo are currently revamping No Limit Forever Records, now based in Los Angeles, California. The roster is said to include Fat Trel and former Death Row Records hopeful Eastwood, in addition to Master P, Romeo and Silkk The Shocker.
Posted by Unknown at 3:46 PM