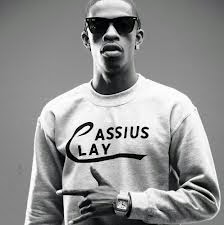 Last Easter weekend i had a chance to interview @richhomiequan & it was a pivotal time in his career. He was coming to Orlando for a concert and we interviewed him on 91.5 WPRK the night before the show.


Quan's mixtape, Still Going In, was out and the buzz in Atlanta was huge for Rich Homie. The concert was a major success! Club Lux in Orlando sold out! Rich Homie took off the rest of 2013. Tours, award show apperances, and major features.
Rich Homie's story is remarkable on several levels. He was released from prison in 2011. He made a vow to never go back. He left the streets and took his craft seriously Baseball was his first love growing up but he felt like he always had a talent for music. His rise in hip hop independently, is amazing. He proved that having a good team and a better work ethic with remarkable music was the formula for an independent artist to break through.
He downplays the comparisons to Future. He seems to be focused on working and making good music. His mixtapes have a great mix of street music and music dedicated to the ladies. Far from commercial but having commercial appeal, its easy to see why Rich Homie Quan is the future of hip hop right now.
Last Easter sunday Rich Homie Quan was in Orlando & there is no telling where is career will be by Easter sunday 2014. Quan is slated to be featured on several singles with major artists this year. and the streets are waiting for his album, not just the streets in his native Georgia but the streets worldwide. The difference between @richhomiequan and a lot of artists is that he is doing it and getting well paid to do it! WRITTEN BY @REALREBELBLACK
Posted by Unknown at 10:11 AM