January 15, 2014
Experts are baffled by an apparent die-off of the West Coast’s sardine population, a mystery adding to an already long list of strange environmental occurrences taking place in the wake of the Fukushima radiological disaster.
“Scientists are uncertain of what is causing the biggest sardine crash in generations, which is expected to wreak havoc up the food chain and cause economic problems for those who fish,” a recent Los Angeles Times article states.
The steep decline of 74 percent of the sardine population is not the first that’s ever been documented, but it is the most drastic in the last 60 years, according to the Times.
At the start of 2011, the sardine population was absolutely booming. “In the last 100 years, the number of small fish – such as pilchards, herrings, anchovies sprats and sardines – has more than doubled, according to a study,” the Daily Mailreported in February 2011, mere months before a tsunami slammed into Japan’s Fukushima-Daiichi nuclear reactor.
The massive fish decline follows a spate of strange ocean occurrences that appear to have sprung up in synchronicity with the timing of the nuclear meltdown.
For example, a recent study found 98 percent of the ocean floor is covered with dead sea life, a number that has increased 97 percent in the last two years alone. “In the 24 years of this study, the past two years have been the biggest amounts of this detritus by far,” a marine biologist with the Monterey Bay Aquarium Research Institutetold National Geographic last November.


Also, marine biologists are researching the cause of “melting” sea stars all along the West Coast, a mysterious illness scientists termed “sea star wasting disease.” During the Infowars team’s investigation of West Coast radiation, we also found the disease in Charleston, Oregon, an area previously thought to be unaffected.
The fact that fallout from the Fukushima nuclear disaster has been predicted to reach the US coast by 2014, in addition to the fact that scientists will soon begin monitoring California kelp for signs of Fukushima radiation leads many to speculate the radioactive plume has already hit the coast.
Indeed, readings taken up and down the West Coast appear to corroborate this. Ambient radiation readings taken at almost every location were consistently nearly double normal levels, a startling indicator that ionizing radiation may already be bombarding the people that live along the West Coast of North America.
The US government’s recent purchase of 14 million doses of potassium iodide also fuels concerns that radiation has already made its way to the West Coast.
Despite a growing body of evidence that something fishy is definitely going on in the Pacific, the federal government, along with the Japanese government and even some academic officialdom have refused to acknowledge a link to the crippled reactor. 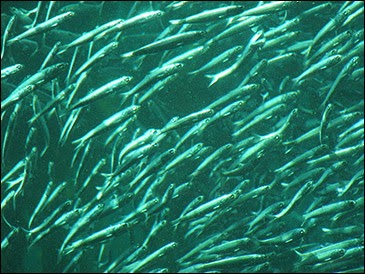