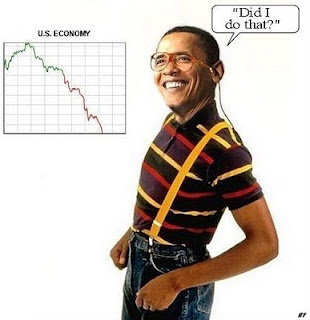 Barack Obama or Barry Sotero the name he used when he went to Collegemade alot of Promises before his election that are laughable and since taking Office he has made a bunch of statements he has lied about. This is not a political blog this site is about the NewWorldOrder. The significance of this post is to show you how deceiving the NewWorldOrder can be. The NewWorldOrder put Obama in office just like they put Bush in Office and Clinton in Office. They make you believe your vote counts, and they make you feel like there will be some great changes in society if you vote for a candidate. Then when the President is in office they take over and tell him what to do , what to say,what to promise,who to bomb, and when to Lie. Below are many example of Lies Obama has told.
OBAMA LIES:
THE NATIONAL DEBT ..Obama said “I will not add 1 DIME to the debt..he’s added 5 Trillion…LIAR
GULF OIL Leak..Obama took  a vacation while telling us “he would not rest until the leak was stopped “….LIAR
UNEMPLOYMENT..Obama said we would go no higher than 8% if we pass his stimulus…LIAR
GITMO..Obama decries Bush and says “I will close GITMO in 12 months”…LIAR
IRAQ..Obama said the Surge would FAIL and the US was defeated but now he takes credit..LIAR
GREAT DEPRESSION..Obama TOLD us that HE averted the next great depression but NOW his administration is telling us they didn’t know how bad the economy was..LIARS
FOX NEWS..Obama said “Fox is not real news.”..NOW FOX  sits in the front row at the White House Press Conferences..LIAR
GM..Obama declared “I will not let GM go into bankruptcy”, so Obama gives them 40 Billion, 45 days later GM files for bankruptcy…..LIAR
OBAMA CARE..He says ”the plan will cover everyone”.. accept Obama and Congress”….LIAR
GULF Seafood..Obama declared “the seafood from the Gulf is fine to eat then went to MAINE to order his shrimp”…LIAR
GREEN JOBS…Obama said HE would CREATE 5 million green jobs Where are they…LIAR
THE HEALTHCARE NEGOTIATIONS..Obama said “they’ll be on CSPAN so everyone can watch”..LIAR
TRANSPARENCY..Obama claimed “I will not sign a bill until it is POSTED for 72 Hrs this has been broken many times….LIAR
GULF COAST..Obama tells us to go to the Gulf for vacation while he takes his family to Maine..LIAR
IRAN..Obama said “I will meet Ahmadinejad one on one”..he called your bluff Obama…LIAR
Posted by DJ WIRED at 12:39 PM