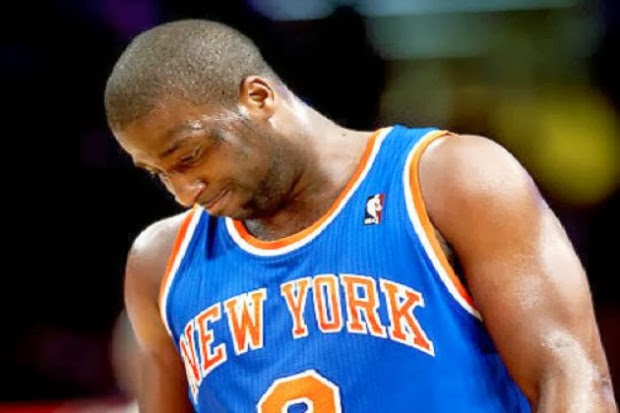 The 29-year-old basketball player turned himself in to authorities for questioning around 1 am after his estranged wife, Ariane Raymondo-Felton, gave his FNH 5.7×28 mm pistol to the police.
Felton was later charged with felony counts of second and third-degree criminal possession of a firearm and a misdemeanor count of fourth-degree possession.
Raymondo-Felton recently filed for divorce from her husband after just 19 months of being married.
Felton’s performance on the court for the Knicks this year has not been stellar. He is averaging a career low 10.4 points per game this season and was rumored to be involved in several trade deals before the deadline. The team signed Felton to a three-year, $10 million contract before the 2012-13 season.
Raymond Felton was scheduled to appear in a Manhattan criminal court later that morning.
Posted by Unknown at 8:03 AM