TV Ratings for State Of The Union Address LOWEST Since 2000! 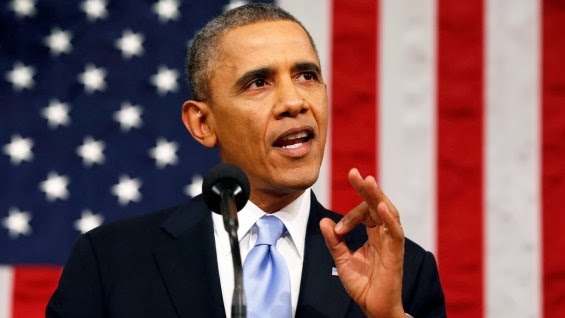 With final ratings in for the State of the Union address, Nielsen Media puts the grand total just shy of last year's for a 14-year low. The gross average audience of 13 networks airing President Obama's speech puts viewership at 33,299,172. That's down from the 33.5 million that tuned in for the 2013 speech for its lowest showing since 2000. (Bill Clinton's final address in office averaged 31,478,000.)
Among the networks carrying the address live were CBS, ABC, NBC, FOX, Azteca, Fox Business, Fox News Channel, CNN, MSNBC, CNBC, Al Jazeera America, Galavision and Mun2.
In the cable news race, Fox News Channel came out on top as the only network to grow its State of the Union audience year over year.
Nielsen, in its first State of the Union also measuring Twitter, gives 2.1 million tweets and an audience of 8.8 million users to the speech's social footprint.