Faith Evans believes LAPD Holding on to Info About Biggie's Murder! Maybe another investigation is needed?

Faith Evans believes the LAPD knows exactly who murdered the Notorious B.I.G.
On March 9, 1997, The Notorious B.I.G. was fatally shot in Los Angeles, California. Since that day, nearly 20 years ago, there have been precious few breaks in the murder investigation, which as left the Los Angeles Police Department as a frequent subject of criticism.
In a recent interview on "The Arsenio Hall Show," Biggie'swidow, Faith Evans, addressed the matter.
"We just basically stopped spending our money on trying to hope that the LAPD was gonna do their part," said Evans. "So it's not closed, it's just a matter of when they really feel they wanna do the right thing, because we, in our hearts, feel we know what happened, and we believe they know what happened."
Evans suggested that the LAPD was reluctant to provide significant information on the murder because they would be subject to massive lawsuits. "We'll probably be the biggest case in the city history. They don't feel good about possibly having to write a check that big. But for us, it's not about that. We spent millions of dollars on lawyers' fees. We've never gotten anything from it. It's more about trying to do what's right. For his son, for his family, for his loved ones, and for his kids. We've definitely gotten to a point where we realize that it's possible that they might never happen, and that's really sad."In 2011, a former Nation of Islam member and federal felon Clayton Hill confessed to being an accessory after the fact to the rapper's murder. “[Dawoud Muhammad] stated to me that he was on the run for the murder [of The Notorious B.I.G.],” Hill wrote to HipHopDX via the CorrLinks email system for federal inmates at the time. “He disclosed that he was the shooter of The Notorious B.I.G. because he (Dawoud) was a former Blood gang member and was paid to do so.” In 2013, Hill escaped from federal prison.
Since the rapper's death, there have been allegations of an LAPD cover-up, as well as claims from former LAPD Detective Greg Kading, who says a Suge Knight affiliate was responsible for the shooting. 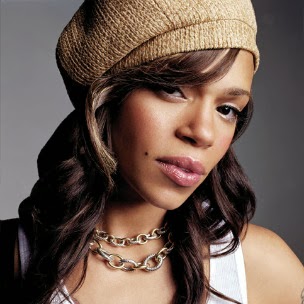