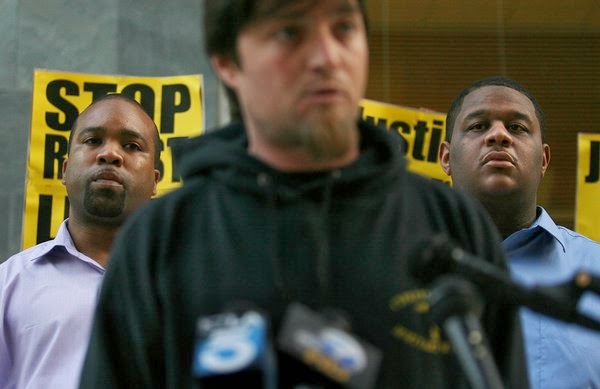 The city agrees to a settlement after a jury finds that officers arrested Perry Grays without probable cause and used excessive and unreasonable force against him.

The city of Long Beach will pay $380,000 to a man who was Tasered and beaten with flashlights by police when he asked for a badge number.
A jury found that officers had arrested Perry Grays without probable cause and used excessive and unreasonable force against him, and awarded him $441,000. On Tuesday, the City Council approved the negotiated settlement amount and said it would not appeal the verdict.
Grays, a married father of three who worked as a security guard, filed a civil rights lawsuit against the city and five officers who responded to a noise complaint at his home on Feb. 6, 2011.
Two of Grays' downstairs neighbors had hosted Super Bowl parties that evening, which prompted a noise complaint, said one of Grays' attorneys, Kaveh Navab.
When Long Beach police arrived at the apartment building about 11 p.m., Grays was listening to music with a friend. Officer Salvador Alatorre pounded on Grays' window with a flashlight and yelled at him to turn his music down, according to court documents.
Grays complied, the complaint states, but Alatorre again knocked on the window.
When Grays asked for the officer's badge number, Alatorre yelled to Grays, "Come on down if you want it," according to the complaint.
Outside, Grays repeated his request for the officer's badge number but Alatorre refused, the complaint says.
Alatorre then allegedly used a Taser on Grays multiple times, causing him to fall to the ground and lose control of his bladder and bowels. Other officers responding to the scene also beat Grays with flashlights as he screamed for them to stop, according to the complaint.
Long Beach police said Grays was hostile and threatening and refused to give officers his identification.
According to Deputy City Atty. Howard Russell, who represented Long Beach and the officers in the case, Grays was "right in the officers' face" and at one point allegedly kicked his legs at them as they tried to take him into custody.
"He was obstructing the officers doing their duties, and he posed a threat to them, and they used reasonable force to deal with the situation," Russell said.
During the skirmish, guests and neighbors attending the parties below Grays' apartment called 911 to complain about the officers' conduct, Navab said, and several testified during the civil trial.
"Mr. Grays presented no threat," Navab said. "He was calm with them. He was without shoes, he had a used envelope in one hand and a Sharpie in another, asking for a badge number."
Grays was taken to a hospital and later booked on suspicion of making threats against police officers and resisting a peace officer in the lawful execution of his duties.
He was released from jail two days later, and all charges were eventually dropped, Navab said.
"This case represents an instance of the officers escalating something that really did not need to be escalated," Navab said. "This is the kind of case that could happen to anybody."
Grays, who was 24 at the time of the incident, filed a lawsuit in September 2011.
In addition to Alatorre, the other officers involved in the incident were identified in court records as Alvino Herrera, George Evans, Daisy Ortiz Paul and Roderick Tith. Ortiz Paul and Tith were later dropped from the suit.
The Long Beach Police Department did not respond to requests for comments. It is unknown if the officers faced any discipline from the incident.
Russell said he could not speak about personnel matters.