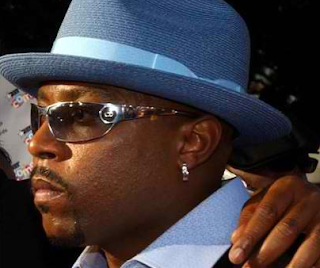 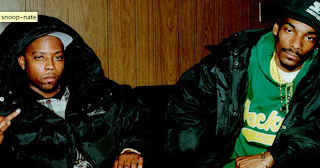 Singer Nate Dogg has passed away at the age of 41. According to family members,
the singer passed late last night. The news was initially reported by Long Beach,
Calif. newspaper the Press-Telegram. The cause of death is unknown as of press time.
While the cause of his death remains unclear the infamous hook singer had been
recovering from two massive strokes he suffered over the past years.
The Long Beach native made a name for himself in the rap game on
Dr. Dre’s classic album The Chronic followed by a breakthrough performance
alongside Warren G on the smash record "Regulate." Nate went on to release
numerous solo albums including G-Funk Classics Vol. 1 followed up in late 2001 with Music
Me and the latest self-titled solo album Nate Dogg released in 2004. Nate also made
a scene stealing appearance on producer Mark Ronson’s "Ooh Wee" that also
featured Ghostface Killah.
Following news of Nate's passing Hip-Hop artists reflected on the man who's
iconic sound will always be remembered.
"There is a certain void in hip hop's heart that can never be filled.
Glad we got to make history together. RT @SnoopDogg:
RIP NATE DOGG" rapper Ludacris tweeted who worked with
Nate on his single "Area Codes."
"I lost a friend" an emotional Game tweeted. "Been here before. Tears.
Memories. One day someone will lose "US" as well. LIVING until
that day comes is our only option. R.I.P. Nate Dogg. Why does it take
Death to remind us about the importance of life ??? Cherish every
moment cuz tomorrow he mite call your #."
The news appeared to hit both Snoop Dogg and DPG member
Daz the hardest.
"We lost a true legend n hip hop n rnb" Snoop tweeted. "One of my
best friends n a brother to me since 1986 when I was a sophomore
at poly high where we met. I love u buddy luv. U will always b wit me
4ever n a day u put the g n g funk u put the 1 n 213 n u put yo stamp on
evrybdy u ever didit wit."
"all doggs go to heaven yo homie n baby brotha bigg snoopdogg!!"
Snoop continued. "I miss u cuzz I am so sad but so happy I got to
grow up wit u and I will c u again n heaven cuz u know d slogan."
"R.I.P. TO MY HOMEBOY NATE DOGG DPGC DOGG POUND
GANGSTA 4 LIFE" tweeted Daz.
"We love you Nate Dogg, it's never going to be the same"
West Coast rapper Xzibit added.
"Nate Dogg... freshness period. rest in beats" singer
Erykah Badu tweeted.
"Moment of silence for a hip-hop legend; RIP Nate Dogg"
comedian Dave Chappelle tweted. "You will be missed,
G Funk Era forever. #natedogg."
"I have always said that Nate Dogg is the Marvin Gaye my lifetime.
G funk classics vol 1 & 2 RIP #NATEDOGG" rapper Murs tweeted.
"What I wouldn't give to hear him say "Roll One" just one
more time" producer and friend Fred Wreck tweeted. "To the
world you were a legend but to me you were my friend. iLuvUNate"
Another Cali based producer DJ Pooh called in to LA radio
station KDAY to share his thoughts on the singer following
news of his death. "I aint got too much to say, i'm just feeling
bad for his family and the dpg family" said Pooh. "Nate was a
friend of mine, nothing but love. I'm just sad. I just wanna
send my love out to his family, kids, and to Snoop Dogg, Warren G and DPG."
Rest in peace Nate Dogg. You will be truly missed.
Posted by DJ WIRED at 1:40 AM