Dave Grohl (Foo Fighters): You Shouldn't Have To Do F-cking Glee 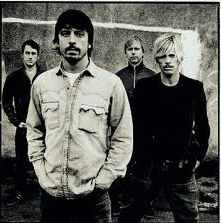 Don’t count on hearing the Foo Fighters hit "Times Like These" on Glee anytime soon. Frontman Dave Grohl says he and his bandmates are squarely in the corner ofKings Of Leon and Slash. As in, they want no part of the Ryan Murphy-helmed show. 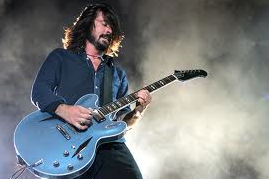 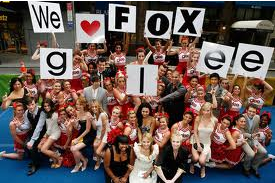 "It’s every band’s right, you shouldn’t have to do f---ing Glee," Grohl told THR following the premiere of Foo Fighters: Back And Forth, the new Foo Fighters documentary which just made its South By Southwest debut. "And then the guy who created Glee is so offended that we’re not, like, begging to be on his f---ing show… f--- that guy for thinking anybody and everybody should want to do Glee."
You might be wondering, has Grohl ever actually watched the show? As it turns out, yes, he gave Glee a whirl. "I watched 10 minutes. It’s not my thing," Grohl grizzled. But he doesn’t have as much of a problem with the series as he does with its creator. 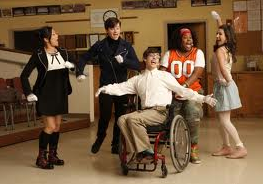 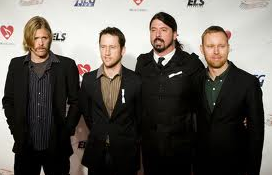 Recounting anti-Glee comments made by Slash earlier this year and subsequent retorts by Murphy, reported by THR, Grohl explained to drummer Taylor Hawkins: "The Glee guy, what a f---ing jerk. Slash was the first one. He wanted to do Guns ‘n’ Roses and Slash is like, ‘I hate f---ing musicals. It’s worse than Grease.’ Then [Murphy's] like, ‘Well, of course he’d say that, he’s a washed up ol’ rock star, that’s what they f---ing do.’ And then Kings of Leon say, ‘No, we don’t want to be on your show.’ And then he’s like, ‘Snotty little assholes…’ And it’s just like, Dude, maybe not everyone loves Glee. Me included."
Said Hawkins: "Yeah, f--- that sh-t."
Posted by DJ WIRED at 6:30 PM