THE SENATE JUST PASSED THIS BILL & IF YOU DON'T EMAIL OR CALL YOUR STATE REPRESENTATIVES TO VOTE AGAINST IT ALL FREEDOM WILL BE LOST! 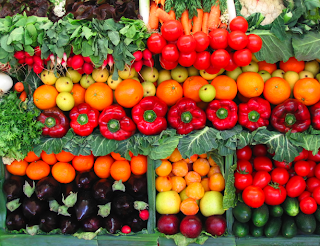 EMAIL OR CALL YOUR STATE REPRESENTATIVES TO vote against the S 510, the Food Safety Modernization Act. This bill has been passed in the Senate. The bill now goes on to be voted on in the House. This bill adds another 2,000 government bureaucrats to the FDA employment rolls and gives control of our food supply to one government "administrator" who answers to no one. S 510, the Food Safety Modernization Act may be the most dangerous bill in the history of the US. It is to our food what the bailout was to our economy, only we can live without money but not food. “If accepted [S 510] would preclude the public’s right to grow, own, trade, transport, share, feed and eat each and every food that nature makes. It will become the most offensive authority against the cultivation, trade and consumption of food and agricultural products of one’s choice. It will be unconstitutional and contrary to natural law or, if you like, the will of God.” ~Dr. Shiv Chopra
It is similar to what India faced with imposition of the salt tax during British rule, only S 510 extends control over all food in the US, violating the fundamental human right to food. Monsanto says it has no interest in the bill and would not benefit from it, but Monsanto’s Michael Taylor who gave us rBGH and unregulated genetically modified (GM) organisms, appears to have designed it and is waiting as an appointed Food Czar to the FDA (a position unapproved by Congress) to administer the agency it would create — without judicial review — if it passes. s510 would give Monsanto unlimited power over all US seed, food supplements, food and farming.
Please help save our country & contact your State Representatives with this info, & get them to vote against the S 510 Bill. Don't let the government take over our entire food supply!
More Info
Posted by DJ WIRED at 8:45 AM