New Video! Miley Cyrus Smoking Salvia Out of a Bong!

New Video! Miley Cyrus Smoking Salvia Out of a Bong! 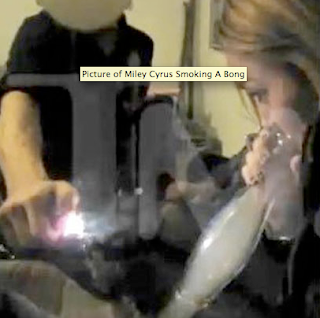 Click Here for Video
Miley Cyrus was caught smoking out of a bong during a party at her LA-area home on Nov. 28.
In a video obtained by TMZ, Miley says, "Okay, I'm about to lose it now," after taking her first hit. "I'm having a little bit of a trip right now."
According to TMZ sources, the smoke inside the bong is a natural herb called salvia, which has psychedelic qualities. According to the U.S. Drug Enforcement Agency, Salvia is a Mexican herb that can be smoked to "evoke hallucinogenic effects." Possession of salvia is legal in California. (Read more about Salvia here)
In the video, Miley is seen taking a hit from a bong and proceeds to hallucinate about her ex-boyfriend Liam Hemsworth.
"Oh my God! He looks so much like him! He looks so much like Liam," Cyrus giggles. Unable to convince her pal, she asks, "Is that me tripping? He doesn't look like Liam at all? Dude, that looks just like Liam!"
Miley Cyrus wardrobe malfunction on the red carpet
Posted by DJ WIRED at 8:09 PM