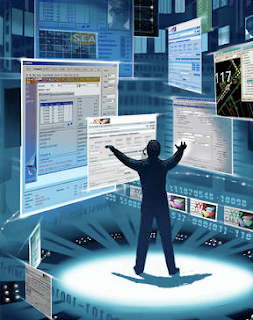 Minority Report in case you didn't already know is a movie from 2002, directed by Steven Spielberg. Starring Tom Cruise, Colin Farrell, Kathryn Morris. A futuristic sci-fi thriller, in which a top policeman in the "Pre-Crime Division" is assigned to investigate a murder which has yet to take place,... 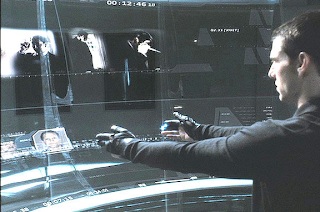 In this exclusive never-before-seen interview with new United States Senator for Kentucky Rand Paul, the son of Congressman Ron Paul warns that Americans are being politically profiled for thought crimes, while the Obama administration, in particular people like Rahm Emanuel, is seeking to exploit crises in order to advance the big government agenda.
Paul pledges to support or introduce legislation that forces lawmakers to read legislation before it can be passed, flying in the face of ludicrous statements from the likes of Nancy Pelosi, who once stated, “We have to pass the bill so you can find out what is in it.” Paul also outlines his mission to reduce the national deficit and balance the budget, reduce the size of big government, and put a halt to the insane money-printing policies of the Federal Reserve, which have recently sparked a global backlash and a new currency war.
Senator Paul says that there is a growing unease across America, not just in the liberty movement, but amongst ordinary people he speaks with everyday, that America is in terminal decline, with its manufacturing and monetary foundations being rapidly eroded as our leaders tell us glibly that the answer is to go shopping and get in more debt. Auditing the Fed is a primary concern that Rand shares with his father Ron, along with abolishing many of its powers if not jettisoning the private institution altogether.

Paul also warns that political profiling is also in full swing, with Americans being profiled not for the color of their skin, but for the “color of their thoughts,” with those who believe in the Constitution being smeared as dangerous extremists. Paul makes reference to the infamous MIAC report out of Missouri that implied Ron Paul and Bob Barr supporters were potential terrorists.
Crisis creation will provide the perfect opportunity for the Obama administration to ram through its political agenda, warns Paul, highlighting how Hitler hijacked crisis-hit Germany in the 1930’s to offer up his own policies as the only solution, while blaming his political enemies for the chaos. “If the money is destroyed in our country could we get a time where a strong leader comes forward and says we just need security, I’ll make you safe, but just give me your liberty,” asks Paul, referring to polls that couched political criticism of Obama as hate speech.
We encourage all our subscribers to watch this interview now at Prison Planet.tv by visiting the "video reports" section. Not a member? Please click here to subscribe and get instant access to this interview, along with thousands of hours of material, including daily access to the live video stream and video archives of The Alex Jones Show.
The Prison Planet.tv Holiday Special is now running – with new subscribers able to become a member for just $39.95 for a whole year – which represents a near 50 per cent discount on the normal month to month price.