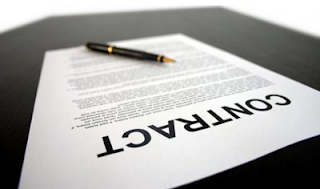 Before I start my rant I wanted to give a definition as according to Wikipedia:
Lupe Fiasco was one of the most recent artists to complain about being forced into a 360 deal by Atantic Records.
Now I know Lupe’s train of thought is that the label is already making  off his album sales, and that’s all they should get.  When record companies were making money hand over foot, that was a decent enough rational.  However times have changed, and people aren’t really buying records anymore.  So Atlantic wants a piece of his touring.  Lupe needs to ask himself why people are even willing to spend their money to see his live show?  They are willing to do that because Atlantic  has spent large quantities of money building his brand.  The reason a lot of people even know who Lupe Fiasco is has to due with he fact that Atlantic has probably spent millions of dollars on radio/television programming and other marketing endeavors.  Now as much as we like to hate on record labels, isn’t only fair that they re-coup that branding investment?
This also goes for sponsorship deals and the likes.  Companies want to attach themselves to the image of certain artists because record labels have spent lots of money building those images  (I also made a post on this phenomena) .  Once again it’s only fair that the labels get a return on their investment.
I think there is this preconception that record labels are trying to force artists into 360’s because they’re greedy.  No.  They are doing it in order to survive.  When you really break it down, Labels are investors.  However as opposed to most investors, they are investing in an individual person or group and their art.  Basically they deal with the commodity of culture.  Record labels did a great job of controlling and manipulating that commodity in a profitable manner for a really long time.  Then the internet rolled through, and changed the way you monetize the commodity of music.  So that is really what a “360 Deal” is.  A new way to monetize music for record companies.  Never forget that at the end of the day this little thing of ours is a business.  We all have to eat.  These companies aren’t in the business of losing money for the sake of art.  As terrible as that is to say, that is just the reality of the situation.
That being said I think at some point artists can get so big they don’t even need a record label.  Look at  for example.  He is now at the point where he is such a big artist that he can create his own oppertunities.  He doesn’t have to look for handouts.  So artists like Lupe need to stop complaining, and step their game up if they don’t want to share a slice of the pie.  There is nothing worse than the free money mentality.

Story Taken from www.crackspace.com
Posted by DJ WIRED at 10:31 AM