Eminem speaks on his Drug Addiction 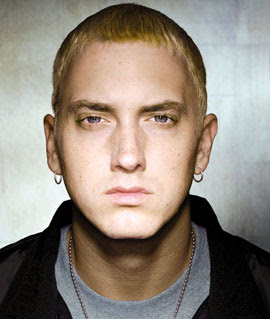 Eminem has discussed the difficulty he found himself in when battling drug addiction over the past few years and re-learning how to rap again.
According to Em, he had to re-learn his rhymes after sobering up.
“I had to learn to write and rap again, and I had to do it sober and 100 percent clean. That didn’t feel good at first…I mean it in the literal sense. I actually had to learn how to say my lyrics again  how to phrase them, make them flow, how to use force so they sounded like I meant them. Rapping wasn’t like riding a bike. It was [as much] physical as mental. I was relearning basic motor skills.
I couldn’t control my hand shakes. I’d get in the recording booth and tried to rap, and none of it was clever, none was witty and I wasn’t saying it right It was four or five months after I’d been clean when I started to get a glimmer of my writing skills back. I don’t remember what song I was working on specifically, but I do remember getting feeling back in the music. I realized I wanted to do this again.”
Posted by DJ WIRED at 12:21 PM